Home > Economic Downturn > Crisis on the High Street: What Does it Mean for You? 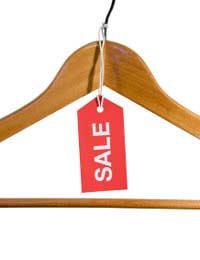 With several big name retailers such as Woolworths, Whittard, Adams, Morgan and Zavvi going into administration over the last couple of months, the UK high street is going through a major crisis period. With closing down sale signs everywhere you turn, what does the crisis on the high street mean for you?

What Impact has the Credit Crunch had on Retailers?

The UK retail sector has been hit hard by the credit crunch in two ways. First, banks have severely reined-in their borrowing levels, which means that retailers who relied on borrowing to pay for stock, to rent office space or to pay wages found themselves either paying a great deal more for their bank facility, or in some cases, having their credit line cut completely.

Once this happens, a retailer may find itself unable to pay the rent on its shops, cannot replace stock or pay wages. Very quickly a company can go under.

Second, the credit crunch has also made shoppers reluctant to keep spending. Higher prices for utilities and petrol and other necessities along with alarming levels of unemployment have combined to put a curb on spending for most people.

However, the good news for shoppers is that, for once, they hold the upper hand. High street stores are willing to take drastic measures to keep their stores open for business.

January’s sales began in early December, as high street stores, worried about the economic downturn and the prospect of a grim Christmas period, decided to slash their prices in an effort to increase customer ‘foot-fall’.

The policy worked well for some of the larger retailers, such as Marks & Spencers and John Lewis, but other companies were not so fortunate.

It is expected that the January sales will continue until retailers run down their stocks to a very low level, which means that bargains could be available for the rest of the first quarter of 2009. Don’t expect those ‘sale’ signs to be coming down any time soon.

Online Shopping, a Threat or an Opportunity?

Internet shopping has gained massive popularity in the last couple of years, with broadband Internet access now widely available to most of the UK population. In many ways, online shopping has overtaken the high street. It’s faster, cheaper and, on a cold day, its far more comfortable than venturing out from shop to shop to find what you want.

Whether you are looking to shop online or on the high street, retailers are using online vouchers to entice customers to part with their cash. Most major retailers are getting in on the act, from Debenhams to M&S, GAP to WH Smith, even Threshers and Homebase are offering up to 40% off purchases if you produce an online discount voucher when you get to the till.

There are large numbers of websites currently available where you can print off large lists of vouchers for use in a great range of shops and restaurant chains. Many of these vouchers have a limited life span, but are turning up with increasing regularity.

What is the Future for the UK High Street?

As the recession takes a tighter grip in 2008, shops on the high street will continue to struggle, and larger numbers are expected to go out of business.

For shoppers, those with cash can expect to pick up some bargains. However in the long term, the problems faced by UK retailers will have a damaging impact on all of us, in lost jobs, a weaker economy and ultimately, less choice.

How Safe are your Savings?