Home > Economic Downturn > Understanding Inflation and How it Affects You

Understanding Inflation and How it Affects You 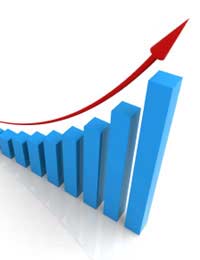 Inflation has been one of the biggest concerns of the past year. But what causes inflation and how does it affect you?

To put it simply, inflation is the increase in the cost of goods and services. If prices rise over time, the ‘cost of living’ is higher and the pound in your pocket is worth less than it used to be. For this reason, excessive inflation can be damaging for the economy, and place a financial burden on everyone.

Inflation affects your standard of living, because you have to spend more of your finances on the same products and services. As electricity and gas bills rise, your wages may not be rising quickly enough to keep pace. To make matters worse, inflationary pressure can also see your house falling in value because potential buyers simply do not have the spending power to maintain house price levels.

The rate of inflation experienced by an economy can depend on the cost of production of goods and services as well as the level of demand for those goods. For example, this year crop failures or weather-affected harvests forced up production costs and pushed food inflation to its highest level for two decades. High oil prices have also raised delivery and transit costs, making food more scarce. Inflation can quickly spiral out of control because one problem can quickly create a chain of events that help to maintain high prices.

How is Inflation Measured?

The most familiar measure is the Retail Price Index (RPI), although the Government now uses the Consumer Price Index (CPI) to set monetary policy. Both the CPI and RPI indices are used in different ways. The RPI is used to set pension levels, benefits (such as unemployment and housing benefit) and also investments such as Index-Linked Gilts. The CPI is the main measure of inflation for the UK Government. They set a target rate for inflation, which the Bank of England’s Monetary Policy Committee is required to achieve. If inflation climbs above the Government’s expected rate, the MPC is expected to take measures to reduce the rate. Both the RPI and the CPI measure the price of hundreds of goods and services. The list gathers data on the cost of items from a wide range of retailers around the country. The list includes basic food items such as bread and milk, as well as other consumer items such as electrical goods, clothing, even housing.

Each index is updated every month by the UK Office of National Statistics, and the compilers visit the same retailers each month in order to monitor any changes to the goods or the prices, to make sure the comparison remains accurate. All the price data is combined using statistical information on household spending. The index is weighted towards particular areas. For example, an increase in the cost of petrol will raise the overall inflation figure by a larger extent than a rise in the price of wheat.

How Does Inflation Affect You?

The most obvious affect of inflation is the rising costs of food, energy and other products and services. The cost of borrowing usually also increases, making it harder to obtain finance, such as credit cards or personal loans.

As consumers start to rein in their spending, companies have to start cutting costs in order to maintain profits. As costs go up, governments may also have to boost their own finances, by raising taxes in order, to make up the shortfall in private sector spending.

Inflation can also have a damaging effect on your investments. Returns on investments are lower during periods of high inflation, because companies cannot grow and pass on their profits to their investors. Inflation also erodes the value of investments over time, especially fixed income investments, such as bonds, which pay a fixed rate of return each year. If inflation goes up, every pound you save now will be worth less than a pound in the future.

Can Inflation be Curbed?

There are two major ways that governments can attempt to keep inflation under control, through monetary policy (setting interest rates and controlling money supply) and fiscal policy (taxation and spending). In the UK, the MPC controls monetary policy while the Treasury controls fiscal policy. The difficulty of trying to curb inflation thorough these two policies is that there is a lag-time between the measures taken and the impact they will have on prices. It can take up to two years before the effects of an interest rate cut will be felt in the wider economy, so interest rate policy is by no means an exact science. Governments try to monitor inflation closely and take action to curb it as best they can, because inflation can have a very damaging effect on economies over the long term.