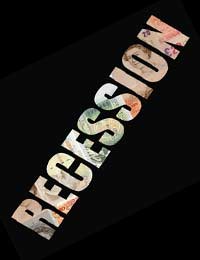 It has been described as the ‘ticking time bomb’ that we are all unprepared for, but why is there currently a savings crisis, and what can be done about it?

The recent economic downturn has led the UK into recession, and disproved the government’s theory that it was possible to end the economic cycle of ‘boom and bust’.

Why the Bank of England Dictates Interest Rates

In their efforts to minimise the damaging effects of the recession, the Bank of England has been quick to respond. They have done this by taking one of the main measures available to them, lowering UK interest rates, the level at which borrowings and savings are determined by banks and by the general public.

The UK base rate currently stands at 1.5%, the lowest level since the Bank of England was created some 300 years ago. The current rate is a sharp fall when compared to rates of last year. Back in March 2008, the base rate stood at 5.25%.

While the rate cut has been greeted as good news, both for mortgage holders and the wider economy, the news is much less positive for those who rely on their savings for an income, or are hoping to save for retirement.

The rates available on cash savings have been falling for quite some time, due to the weakness of the UK banking sector, which has had to request emergency funding from the UK government to keep them afloat (and the downfall of banks abroad, such as the Iceland savings bank Icesave). Now the fall in interest rates is another problem for savers to worry about.

According to the Bank of England, most high street instant access savings accounts (where most of Britain’s savers choose to keep their money), are now paying a variable rate of interest of less than 1% on balances. Hardly an impressive rate of return on your money.

Fixed rate deals are therefore the sensible alternative to variable rate accounts. However, the climate of low interest rates means that the demand for fixed rate deals has increased significantly in the past few months, and lenders are responding by lowering the rates available on new deals or by terminating existing fixed agreements.

The ‘best buy’ savings tables published in most national newpapers have seen fixed rate deals fall from around the 7% mark last year to less than 4% now. If you are looking for a better rate on your savings, you should act quickly before these rates fall even further.

The Long Term Problems for Savers

Although the current financial crisis won’t last forever, we hope, there are also some long-term problems that UK savers have to face. Higher living costs, rising unemployment and fears over short-term problems mean that fewer people are paying into personal pensions or planning for retirement in the future, preferring to use the money to keep themselves afloat now.

Reports published by HM Revenue & Customs have shown that since 2007 the number of workings contributing towards their personal pension has fallen from seven million to six million. This number is expected to rise in 2008, as the recession takes hold and more jobs are lost.

What Does the Future hold for Savers?

Many UK savers feel that they have been unfairly penalised by the government. While they have been prudent with their money and followed government advice to plan for their future, the credit crunch has been caused largely by banks over-reliance on credit, both between themselves and offering it to customers who cannot afford to pay it back. The short-term penalty for savers has arrived in the form of lower rates on their savings, and the problems caused by borrowers could have a damaging long-term effect also.

The best option for savers is to move their money to more competitive accounts still on the market, and to ‘lock-in’ higher fixed rates for as long as possible, until the Bank of England feels confident enough that the current crisis has passed, and that interest rates can be raised again.

Read the Small Print and Spot the Savings Traps

Why you Should Diversify your Investments