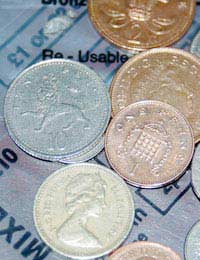 What are Final Salary Pension Schemes?

Final salary pension schemes base your pension at retirement on two things; the length of time you spent working for your employer, and also the salary you were earning when you retire. The pension sum you receive is usually somewhere between a half and a third of your final salary,

Final salary schemes are also sometimes known as defined benefit schemes, because the level of pension benefit that you stand to receive is defined by the employer when you join the pension scheme.

In a final salary scheme, the money set aside for employees retirement is pooled together and managed by a Board of Trustees. They appoint investment managers to manage the pension fund prudently and to ensure that sufficient funds are available to pay out each pension when employers reach retirement age.

The Demise of Final Salary Pensions

Over the past two decades, final salary schemes have become increasingly expensive for companies to run, and more worryingly, the money they have set aside to fund the schemes has been shrinking to dangerous levels

Companies have been blaming a number of different reasons, such as longer life expectancy of pensioners, falling stockmarkets and a more stringent regulatory burden for the shortfalls.

In 1997, the Government passed a law that forced pension fund managers to always maintain a certain level of investment that would enable it to deliver on its pension promises. If a pension scheme did not have enough assets to cover its pension liabilities, the scheme was required to increase funding up to the minimum level within a specific timescale.

At the time, the law seemed to make sense. It was intended to prevent companies from ‘dipping in to’ the assets held within a pension fund (such as the fraudster Robert Maxwell did with the Mirror Group pension fund in the 1980s), and offer pension savers a greater degree of protection.

However, the downside to the new requirement was that it forced companies to invest money more conservatively, focusing on meeting their liabilities instead of investing to maximise returns for their clients. This meant that if a pension fund was suffering from a shortfall, it was increasingly difficult to claw this money back though the stock market – especially when the returns available from the stock market in the early 2000s were particularly volatile.

As a result, over recent years, many of the country's largest employers decided to close their final salary schemes to new members, and instead offer cheaper to manage ‘defined contribution’ money purchase schemes, which place the onus of investment underperformance back on the employee not the employer.

End of an Era

A lucky few still pay into final salary schemes, although this number is reducing year by year, as final salary schemes are slowly phased out. Some companies still facing a ‘black hole’ in their funding might still have to wind up their schemes and offer to switch employers’ funds into a money purchase scheme instead.