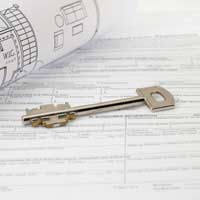 Endowment policies have become notorious over the past few years, as the vast majority of those taken out to repay mortgages started to fall well below the level needed to pay off the debt.

But what are endowment policies, how did they work and more importantly, what went wrong?

Homebuyers in their droves were encouraged to take up an endowment policy which, given the growth rate of the stockmarket, was forecast to be able to repay the mortgage by the end of the mortgage term, and also hopefully leave the policyholder with a tidy lump sum in profit.

That was the theory, but the reality proved somewhat different.

Many people who took up endowment policies did end up with a healthy profit once their mortgage was repaid. However, in recent years, the returns from endowment profits have been wholly unimpressive.

Back in the early 1980s, when endowments first came into fashion, inflation was high, interest rates were also high, which meant that the return on investments grew very healthily year on year.

Another incentive for endowments was the fact that investors got tax relief on their premiums.

However, tax relief on endowments was abolished years ago, and falling interest rates and lower levels of inflation combined to lessen the returns available from the stockmarket. This meant that instead of ending up with a surplus, many policyholders were facing a large shortfall.

Another reason why endowments fell our of favour with consumers was because many of them had been mis-sold. Estate agents and mortgage ‘advisers’ often sold endowments with the promise that they couldn’t fail to return a sum over and above the mortgage required.

These salesman often failed to mention that the investment portion of the policy was linked to the performance of the stockmarket, so if shares struggled, so did the endowment. The final payout of an endowment is not guaranteed, as many people found out to their cost.

Endowments are usually with-profits schemes, which means that each year the profits made on the investment are added to the total invested. On average, around half of the total payout on an endowment comes on the very last day. This is the so-called 'terminal bonus' paid on maturity, and is not guaranteed.

However, only one in every three endowments ever reaches its maturity date, the rest are usually cashed in early, often for less than the amount paid in.

The Future of Endowment Policies?

Most endowment policies today have either been traded in or cashed, or reached maturity. If you are one of the few people with an endowment policy still active, the chances are that it is no longer tied to an interest-only mortgage, and is being used as a life insurance product or investment vehicle only.

If this is the case, talk to your Independent Financial Adviser to determine if the endowment is still cost effective. Most are now deemed as unsuitable investments (an ISA for example would be able to offer you cash free returns with lower administration charges) and the life insurance policy itself may be uncompetitive in today’s market.