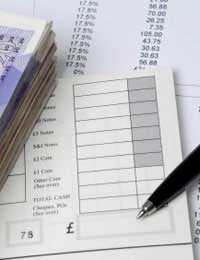 With economists forecasting tough times ahead, David’s 2009 New Year resolution was to build an investment portfolio that would be able to withstand a bout of market volatility. David is 45 and hoped that if he could grow his investment steadily over the next five years, he would be able to build up a nice nest egg before retirement.

“All the recent media focus on the credit crunch, falling stockmarkets and banks going bust has made me think about what I should be doing to protect my savings should we enter into a recession.” David said.

“Ideally I would like a defensive portfolio with very little risk to my savings, but with some potential for growth if I keep the money invested for at least five years. Is this going to be possible?”

Here’s how, with the help of an Independent Financial Adviser (IFA) David constructed his portfolio.

Normally a well-diversified investment portfolio would have a major allocation to equities. However, following five years of equity market growth, the current turmoil poses some tough choices for investors like David who are looking to build a portfolio from scratch. Equities are no longer looking such good value.

At the start of 2008, the FTSE 100 index of top UK companies was at a healthy level of 6,500. By the end of October the index had fallen by 3,000 points. There’s no indication yet that the recent market volatility will be ending anytime soon.

By the end of 2008 the index was at 4,300. Equity markets are expected to continue to struggle during 2008. Therefore, David decided that he wanted to make sure that the bulk of his portfolio was in less risky investments.

David said ”If I was twenty years younger, I would probably be more willing to take on riskier assets, as with markets looking to be quite cheap now, it’s probably a great time to be investing.

”Sadly, at my age I can’t afford to take any chances. I’m more interested in making sure my money is there when I need it to be.”

During tough times for stockmarkets, cash investments are usually considered the safest haven. However, for those cash savers used to earning a rate of interest of 6% plus, cash as an asset class is starting to look distinctly unappealing.

The Bank of England’s has reduced UK interest rates from 5.25% last year to just 1.5%. This means that savers who put their faith in cash investments will hardly see their money grow.

Once the taxman has taken a share, and inflation has accounted for the rest, there’s strong possibility that cash investments will give investors no returns at all.

This meant that David would have to keep £3,000 in his high street instant access account until after this date, at which point he would look for a Cash ISA with a more competitive rate of interest.

”Savings rates on cash aren’t that impressive at the moment, but my investment will be covered if my bank goes bust, and sometimes peace of mind is more important than higher returns”, David said.

David decided that with some of his money unavoidably tied up in cash, he wanted the rest of his portfolio to be able to generate higher consistent returns, by investing in assets that offered a fixed income, such as government bonds and corporate bonds.

Bonds are known as fixed income assets because they offer investors a consistent stream of payments (income) as well as the initial investment, returned at the end of the investment time period.

A bond fund enables investors to purchase units in a fund that invests in various types of bond. The advantage of this is that the bond fund is easily tradable and the fund manager can make the best investment decisions on your behalf.

Based on his IFA’s recommendations, David invested £5,000 in two separate bond funds. The first fund (£2,000) invested solely in government bonds, the least risky of all investment types. David felt that given the recent volatility of markets, it made sense to keep a sensible portion of his portfolio as safe as possible.

David also chose to invest £3,000 in a separate fund invested in high quality investment grade corporate bonds, issued by some of the best companies in the UK and globally.

At present, corporate bond markets are offering a competitive rate of income, far superior than available from government bonds. The reason for this is that the risk attached to investing in companies is still much greater – now more than ever since recent high profile banks and other companies have gone bust - than investing through government issued securities.

David said: “sometimes you don’t want your investments to be too complicated or risky. Bonds are boring and safe which, at the moment, suits me down to the ground.”

David still had £2,200 of his 2008 ISA allowance with which to invest, so he decided to also make an investment of some larger ‘defensive’ UK companies, with a fund in the UK equity income sector. His IFA asked his opinion on investing outside the UK, explaining that global markets have excellent potential for growth, although carry an extra level of risk.

David decided that, because he felt that the outlook for the rest of the world was so uncertain, he felt more comfortable investing in UK-based funds. He added: “I like the idea of having part of my investment in big UK companies, the sort of firms that I can keep an eye out for in the news and keep checking their progress.”

David’s IFA advised him that equity-based portfolio would be a good addition to his bond-focused portfolio. If stockmarkets rallied, his equity fund would benefit from the change in market sentiment. The IFA suggested that David should think about a UK equity income fund, which would aim to pay a regular income by investing in defensive UK companies.

David could always decide not to take the regular income from the investment, and keep it ‘rolled up’ in the fund, and see his money grow that way.

ConclusionDavid’s IFA was well aware of his investment objectives and his attitude to risk before any investment was made. Given David’s age and investment horizon, of between five and ten years, the IFA felt that the majority of the portfolio should be invested in low risk assets, although the equity holding offered some potential for future growth.

David explained: “I’m pretty happy with my portfolio, and with the recession getting worse this year, I wouldn’t want to be invested in any other areas. This sort of portfolio may not be ‘racy’ enough for younger investors, but I’m hopeful it will do what I want it to and give me a decent nest egg in a few years time.”

Please note that this case study does not constitute financial advice. If you are interested in creating your own investment portfolio, consult an Independent Financial Adviser.